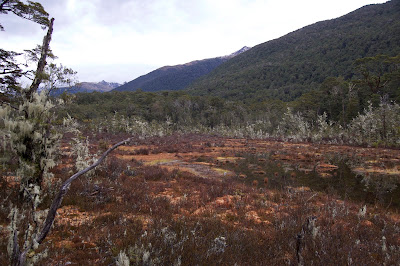 Last weekend I volunteered with The Nina Valley Restoration Group.  The group is lead by Hurunui College science teacher Tim Kelly, a young and enthusiastic teacher with a flare for inspiring excitement and motivation in his students.  In conjunction with the Departmernt of Conservation their aim is to restore the Nina Valley, located in the Lewis Pass, to its pre-european biodiversity.  This means controlling invasive mammals like Australian Possums, Stoats and Ferrets while facilitating recolonization of species like the Great Spotted Kiwi.  Tim and the children at Hurunui College get to head up the majority of this project by setting traps, rescuing Kiwis, and reintroducing some from other areas.  All of the Kiwi bird species are in decline and these efforts to save them from extinction have had great success though there is still a long way to go. 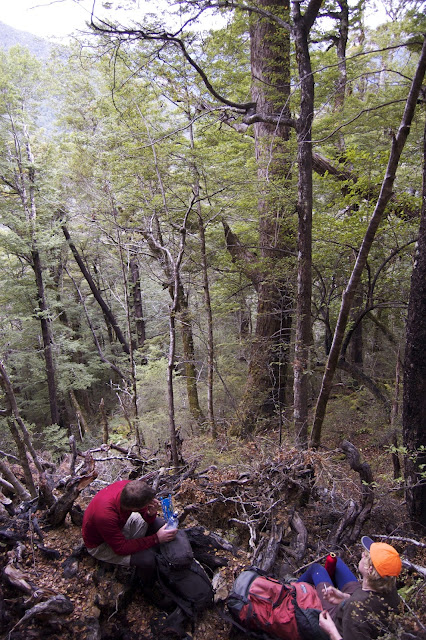 The native wildlife in New Zealand evolved with only a handful of predators, which allowed the animals to adapt in unique ways to their environment.  The Kiwi has no wings, well it does have a couple vestigial nubs but they are unseen and unused.  The Kakapo is a ground dwelling Parrot adapted to avoid arial predators but not mammals.  The Tuatara is one of the worlds most ancient still-living reptiles with three eyes.  All of these animals have suffered great losses since the introduction of mammals from mice to cats to deer to the most destructive; humans.  They are unable to compete in this interrupted environment so we are trying to increase their chances.

On this trip we checked and baited a couple hundred ferret/stoat traps. They have caught many invasive mammals this way and the environment is improving noticeably.

We also retrieved audio recording devices being used to count the number of kiwis in the Nina Valley so that they have a better understanding of their restoration effort's effects.  These devices were all located around 800-900 meters above the valley floor up densely vegetated slopes.  It was not easy going and I can not express how impressed I am with the positive attitudes and enthusiasm coming from everyone involved.

After a strenuous day retrieving the recorders and baiting the traps we made it to the Nina Valley Hut to rest our weary legs and to dry out by the fire.  That night after some food had been cooked and a little energy restored we broke out the UHF receivers to track the kiwis that had previously been tagged and released in the area.  Eight kiwis have been reintroduced here over the last few years and most of their signals were readily identifiable. In fact a few were quite close to the shelter, no more than 100 meters away.  We could hear the high pitched males call being answered by the trilling whir of the female.  It was exciting for me to literally hear the progress that these kids had made and to see in them the knowledge and excitement of changing the world experienced by few people.

The rain had settled in overnight and the morning was gray and wet.  The streams had risen and the ground swelled.  Every step carried with it the sound of a swamp.  It was this morning that we were set on finding a Kiwi.  In the night these nocturnal birds forage about the forest floor finding worms and insects among the duff.  In the day they seek shelter within the natural burrows left from decayed logs and sinking earth.  We found two kiwi's signals close and in the same direction from the hut so off we went.  Slowly we closed in on their location until the signal indicated a hummock of log and moss in which they would both be hiding.


It was quite exciting to find a male and female kiwi, both tagged and introduced to the valley, hiding together in the same burrow.  This finding goes a long way to supporting the conclusion that the Nina Valley Restoration Group's efforts are making a difference and I am stoked to be helping them out.

Posted by Tyler Roberts at 5:04 PM No comments:

The 6 tons of handpicked grapes are now sitting in there vats bubbling away and slowly converting sugar to alcohol.  The color deepens and a leesy smell takes hold within the insulated container.  The Carbon Dioxide released during the ferment becomes so strong in the small space that it is enough to knock you out cold.  It is not uncommon for a vintner to accidentally end up head first in the brew after being overcome by the oxygen replacing gas.  We always stomp in pairs, just in case.  As the grapes get further along they require a heavier foot in the mix and eventually about half a body.  Twice a day someone must throw on a pair of toggs (swimsuit) and drop into the drink for a full on mash up of the floating berries.

A bit like the berries, I have come to New Zealand raw and ripe with potential.  Thrown into the pot here with the whole bunch I am looking for a way to convert that potential into something productive.  A few days ago,  and through the efforts of my wwoof host, I was given the chance to talk with a few classes at a local high school here.  I talked about where I had come from and why I love biology.  I gave them information on the work I had done in school and since graduation.  Most people are happy to talk about turtles and sharks but these were some very bright kids who wanted to quiz me on everything I had done from the Cyanobacteria lab to Alaska to wwoofing.  They were genuinely interested in it and all brimming with insightful questions and creative ideas.

I regret only the things I have not done in my life.  One of the biggest is for never having pursued a teacher's assistant position while at the University of Oregon.  Now I have the chance to try my hand in a teachers role and to help these young Kiwis follow their own passions.  I am so happy and excited at the prospect of inspiring young people to see the wonder and amazement you can get from biology if you are only willing to pay attention.

I have always planned to go into teaching at some point but figured I would go out into the world while I was younger to get experience that would enrich the rest of my life before settling down and sharing those experiences in the hopes that they might inspire someone else to enrich their own life.  If we experience new things when we are young, we then have the rest of our lives to process and to use that knowledge for the better, while experience after youth is still advantageous you are left with less time to put these experiences into action.

"Everything you ever sense, in touch or taste or sight or even thought has an effect on you that's greater than zero."
~Gregory David Roberts~

Posted by Tyler Roberts at 9:17 AM No comments: