On our trip up north along the west coast we met a very friendly fellow named Adrian who lives in the town of Nelson.  When we mentioned to him that we were hoping to be Wwoofing up north he gave us the name and number of a friend of his who owns Bay Subtropical Orchard and takes on Wwoofers for her avocado, madarin, nashi pear, normal pear, lemon, lime, apple, and orange orchard.  I am pretty sure I missed a few of the things they grow here but I am still figuring it all out.  They have an organic garden and chickens as well.  Its a nice place well known to the locals of the area who would always come here first or find them at the market to buy their produce.

The owner Debbie is a fantastic wwoof host who only asks that you work hard and do your best.  The food is amazing, fresh and never in short supply.  Once a week she has a pizza party for the wwoofers in which everyone crafts their own pizza and gets to bake it in the outdoor clay pizza oven.  There is room for around 6-8 wwoofers at a time to stay in a separate quarters attached to a large shed.  We have access to 2 working kitchens and a lounging area.  We are also encouraged to come visit her, her husband Lex, and their dog Robbie in their house a hundred meters away anytime we want.  All in all this is a good place to be. 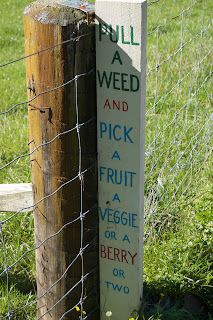 Just outside of town you can find yourself in several amazing outdoor recreation areas.  Closest are a few climbing spots; one on the beach and the other next to a swimming hole.  A little farther down the way is Able Tasman National Park, widely regarded as one of the most beautiful places in New Zealand according to the many visitors we have met and with whom I often ask this question.  If you were to head north from Takaka instead it would take about an hour by car to arrive at Farewell Spit.  The northernmost point of the South Island.  Here on a beach called Wharariki are fur seals that are fond of human contact and often quite curious to meet newcomers.  I have yet to visit this beach but I am looking forward to it.

I was able to spend a couple days in a cabin (called a "batch" in NZ) that was located in West Haven a bit southwest of Farewell Spit along the Whanganui Inlet.  The batch was out in the woods and secluded from the world.  Here we planned to go kayaking but it rained nearly the whole day we were there.  At night it calmed down enough for us to have some fun outside around the campfire.  Debbies daughter, Amy, is a fire dancer and put on a show twirling around the staff with two flaming ends.   It is a beautiful place and a unique setting but next time I hope to get out and adventure around a bit more.

The town of Takaka itself reminds me a bit of Eugene, Oregon, which is one of my favorite places in the United States.  They are both associated with an alternative lifestyle and extremely friendly people.  In both places you will find the slightly hippy mixed in with the outdoor enthusiast.  Most important to me in both of these places I feel like I belong and that I am among friends.

Posted by Tyler Roberts at 4:49 PM